To meet demands coming from an increase in sales, Flensburger Brewery decided back in 2016 to modernise its repacking line. An expansion of this system was already carried out in 2020 in order to prepare for future developments. In close collaboration with the brewery, BMS Maschinenfabrik was able to design and implement a high-performance system that went into operation at the beginning of 2021.

Read on to find out which specifications played a role here, how processes where made more efficient using LOP 4.0 and the impact the resulting transparency had on the cooperation. 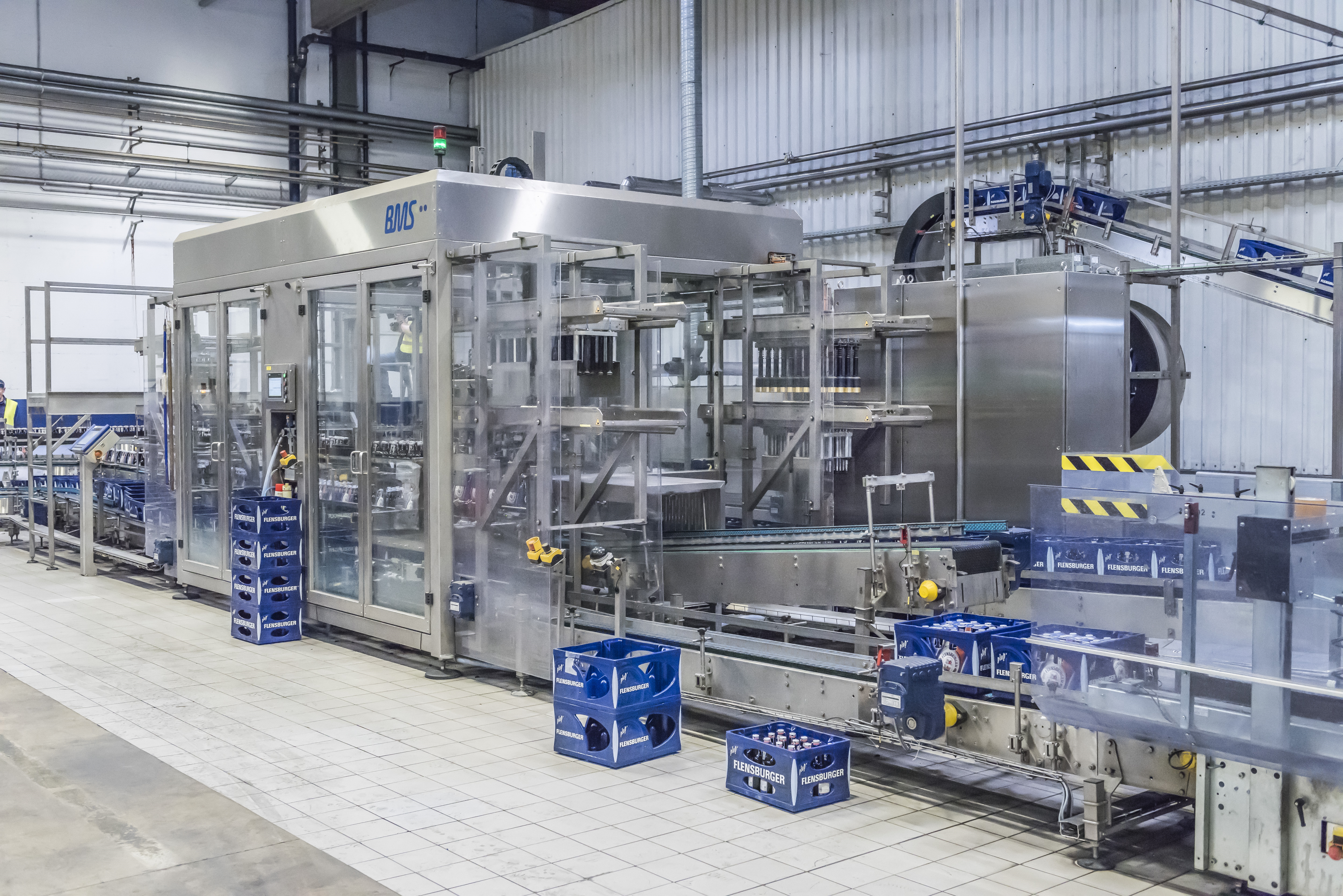 Flensburger Brewery: An assignment for the multifunctional packing, unpacking and repacking plant “Made by BMS“

The growing popularity of the brewery’s swing-top “plopp” bottles as well as the variety of pack shapes and sizes in general – two reasons that led to the “Brewery of the North“ making an important investment decision.

What’s it all about? The mounting importance of multipacks already led to a modernisation of the repacking line at the Flensburger Brewery in 2016. With constant growth in the bottling sector (an increase to approx. 600,000 hectolitres) as well as the focus on the export market, a further opening for future development was required as early as 2020, less than five years after the previous plant expansion.

Find out how the Flensburger Brewery was able to install a compact and still flexible repacking module in next to no time, with the help of BMS Maschinenfabrik’s expertise, and also the role LOP 4.0 played – our digital planning tool for transparent project design. 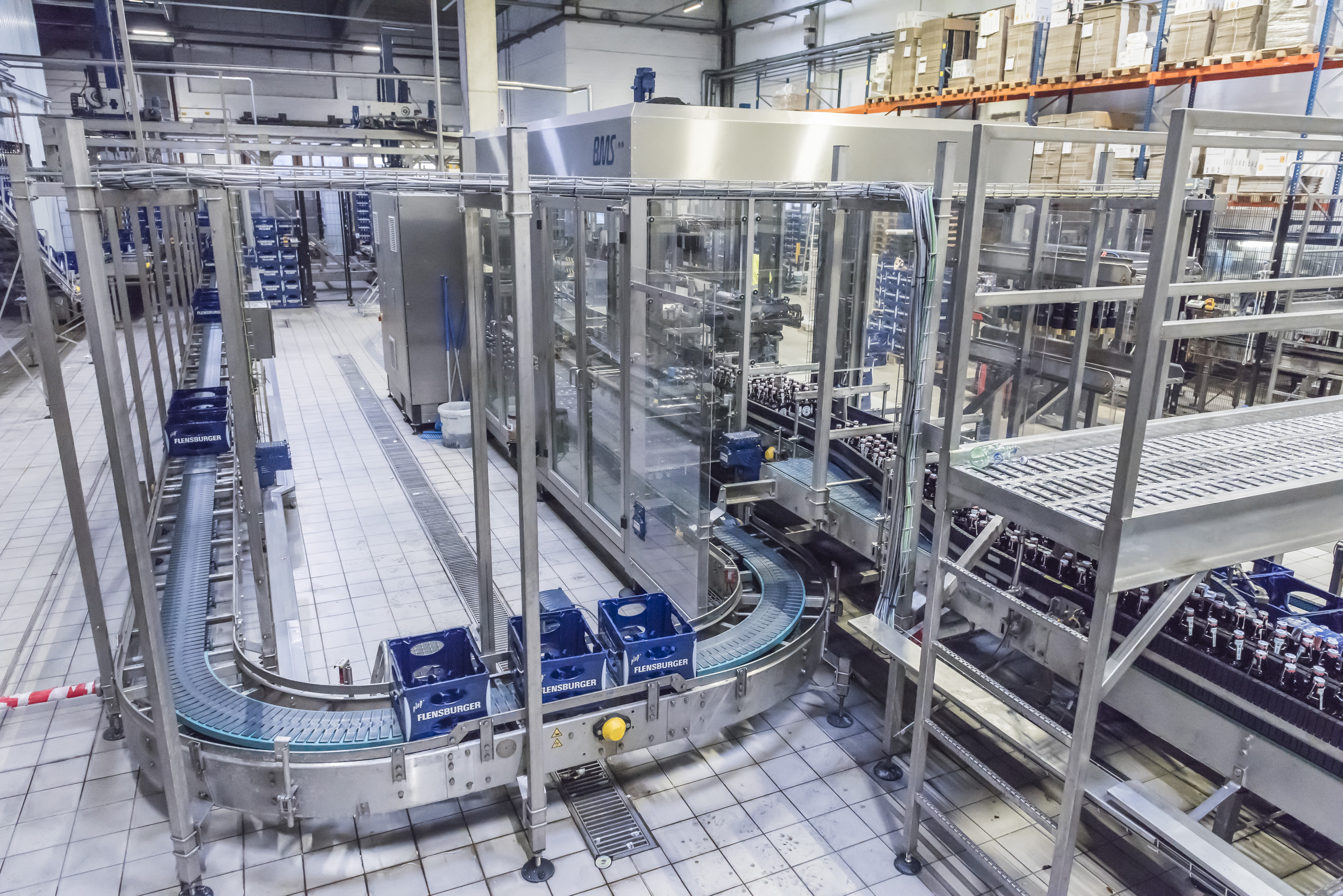 Short profile of Flensburger Brewery: A tradition for over 130 years

The beer types produced by Germany’s northernmost brewery are a prized beverage both on a regional scale and throughout Germany. The Flensburger Brewery, founded on 6 September 1888 and still family-owned, is favoured by many beer lovers for its classic beers such as Flensburger Pilsener (pale lager), Flensburger Dunkel (dark lager), Flensburger Kellerbier (cellar beer) or the famous Bölkstoff. It is thanks to a mix of courage, future-pointing decision-making as well as clever investments in brand building, and the typical swing-top bottles that the Flensburger Brewery remains one of the few privately owned large breweries today. 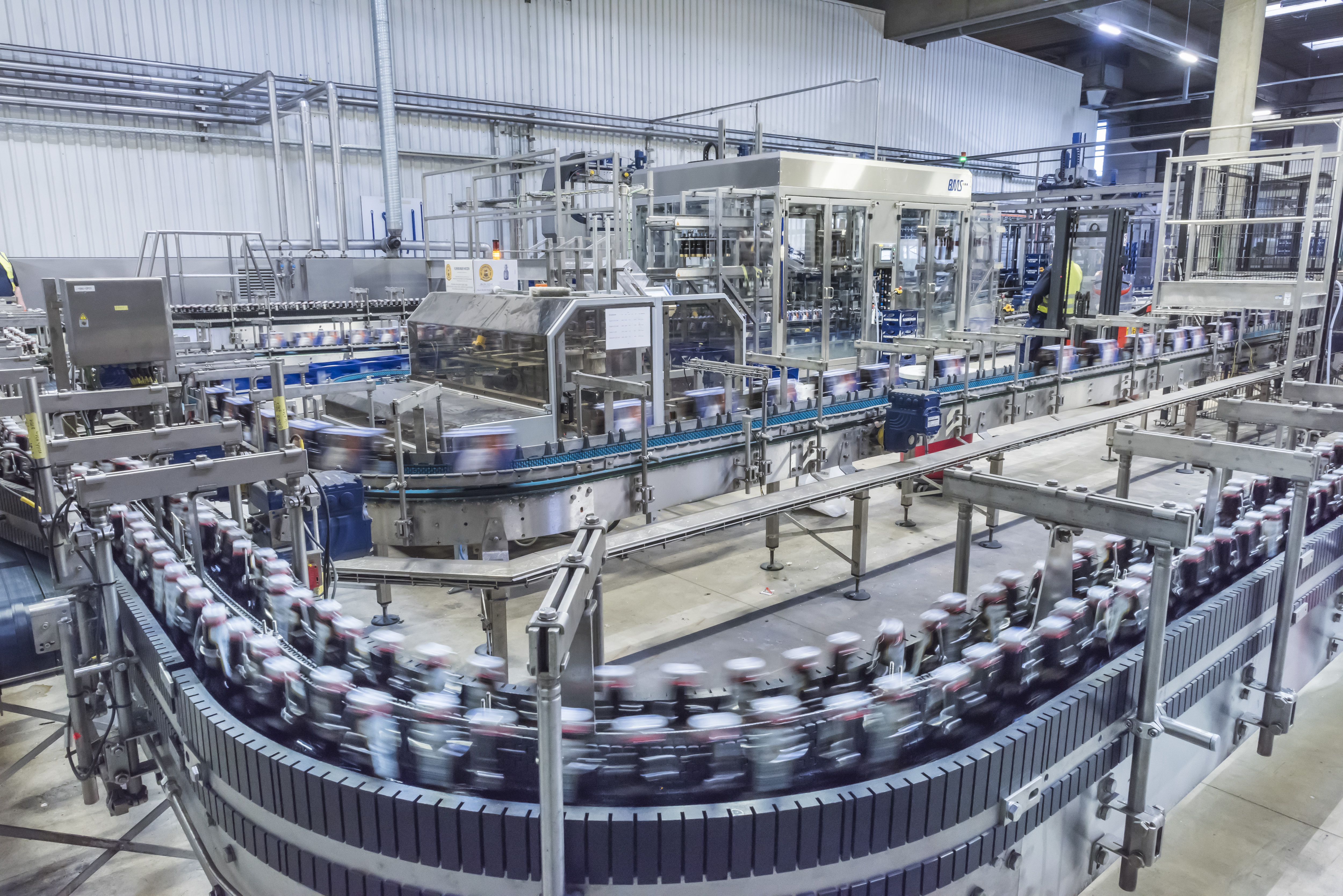 The goal: Positioning the repacking line in logistics – incl. an increase in output

Back in 2016, when BMS last worked together with the Flensburger Brewery, the repacking line was deliberately located in logistics and not in the bottle cellar. This made it possible to pick out all packing variants from the standard pack on a “just in time” basis. This in turn made it possible for us to design the repacking regardless of soiled packing, low overall efficiency or changing shelf lives. At the same time, the output increased from 8,000 to 18,000 bottles per hour and due to this consistent growth it was necessary once again to start thinking about a new plant adaptation.

In response to the Brewery’s request, the new project has been designed to retain or respectively create sufficient reserve capacities. This means that the integrated palletiser with its two axes continues to carry out crate removal and loading, as well as the entire pallet handling. It also palletises cartons that are repacked by the Unimodul – in this way, cartons can be loaded by one axis while crates are processed at the same time. By expanding the pallet transport to four-fold loading and unloading system, including control, the repacking module can now be supplied using larger, more powerful forklifts. 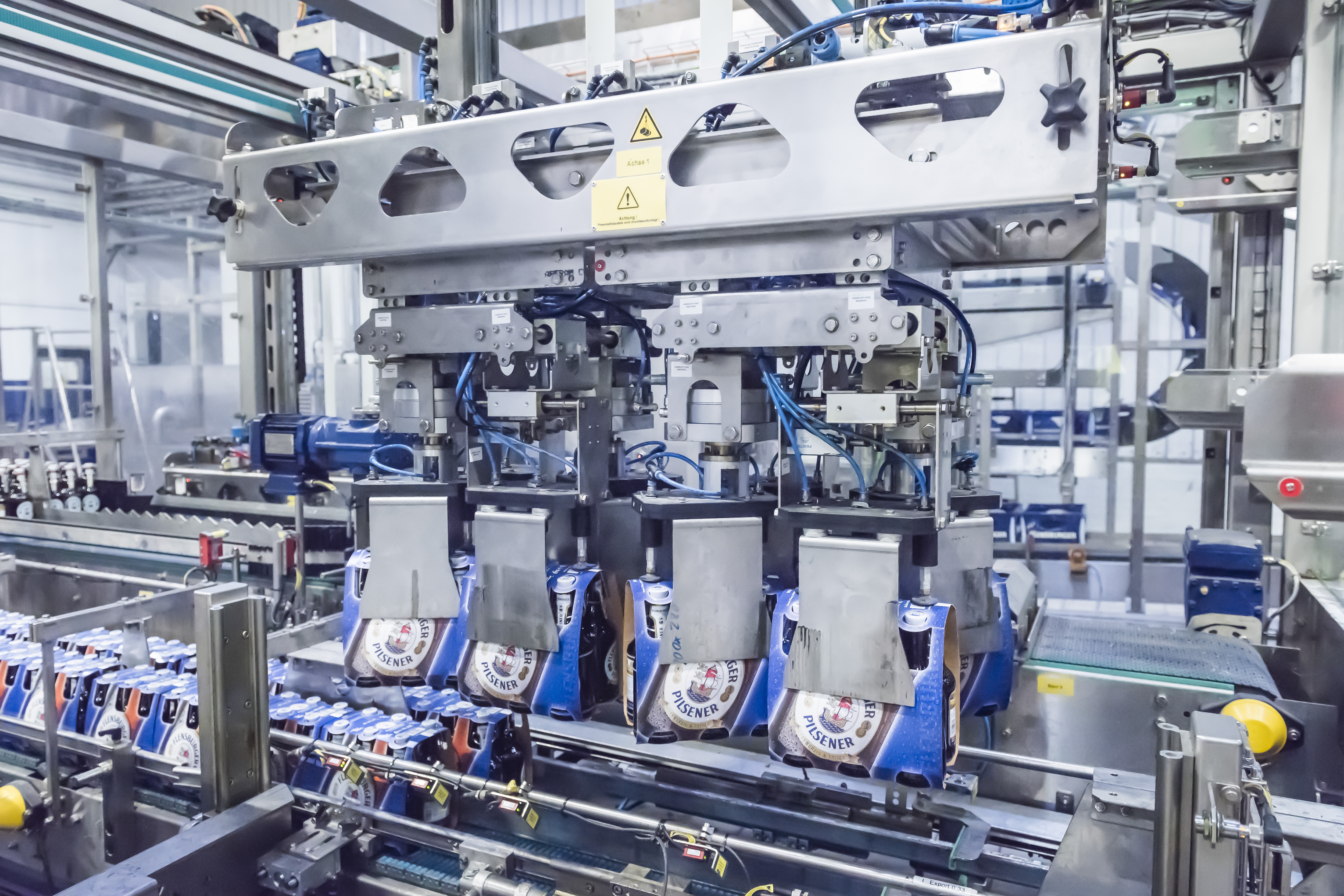 Hans-Peter Heyen, managing director for technology at the Felnsburger Brewery, explains: “The portal is an absolutely robust technology and the required reserve capacities were available right from the start. The daily work routine has also clearly changed. Heyen continues: “Previously we always needed two shifts, and even three in the summer. Now a single shift operation is sufficient for us. A second shift is only run at absolute peak times.“

Thanks to the Unimodul Flensburg Brewery now has a multifunctional and combined packing, unpacking and repacking plant using a two-axis portal-type robot. Axis 1 automatically repacks an identical number of bottles - from a 20-bottle crate to a 20-bottle carton, for instance; axis 2 on the other hand is used to produce and repack sixpacks.

Without any delays, even during the pandemic: Digital project management with LOP 4.0

Every project has its share of challenges and unforeseeable events, particularly with technical projects of this scope. At BMS Maschinenfabrik we therefore now rely on LOP 4.0, our cloud-based construction site management system. In this system each relevant status of the individual construction phase is displayed digitally and communicated between all involved parties – from the delivery to the construction site through to commissioning.

By making each step transparent and thus fully trackable we are able to help our customer resume brewery operations in Flensburg quickly. Sven Christiansen from the Flensburger Brewery comments: “LOP 4.0 is a great tool. Using this system, all unsettled points were recorded, assigned the relevant responsibilities and tracked accordingly. Photos could also be uploaded for clarity purposes. It was simply a very good setup.“


You would like to find out more? See here for the full print edition with a detailed report on the cooperation between BMS Maschinenfabrik and the Flensburger Brewery.