BMS supports Bavaria’s longest established organic dairy in the transition to reusable-glass lines with a significantly higher capacity. You can find all the project details under bms-maschinenfabrik.de

Milchwerke Berchtesgadener Land Chiemgau eG, Bavaria’s oldest organic dairy with over 1,500 participating farmers, is considered a pioneer in environmentally friendly packaging. Natural livestock farming and a reliable contribution to protecting the environment are in no way contradictory; rather they go hand in hand as essential prerequisites.

The sharp increase in demand for glass returnables has, however, led to recently accomplished capacities also reaching their limits. Together with BMS Maschinenfabrik the set task was to significantly increase the capacity within the limited available space.

Read on for more details on the original project as well as the specifications for the follow-up project. Enjoy! 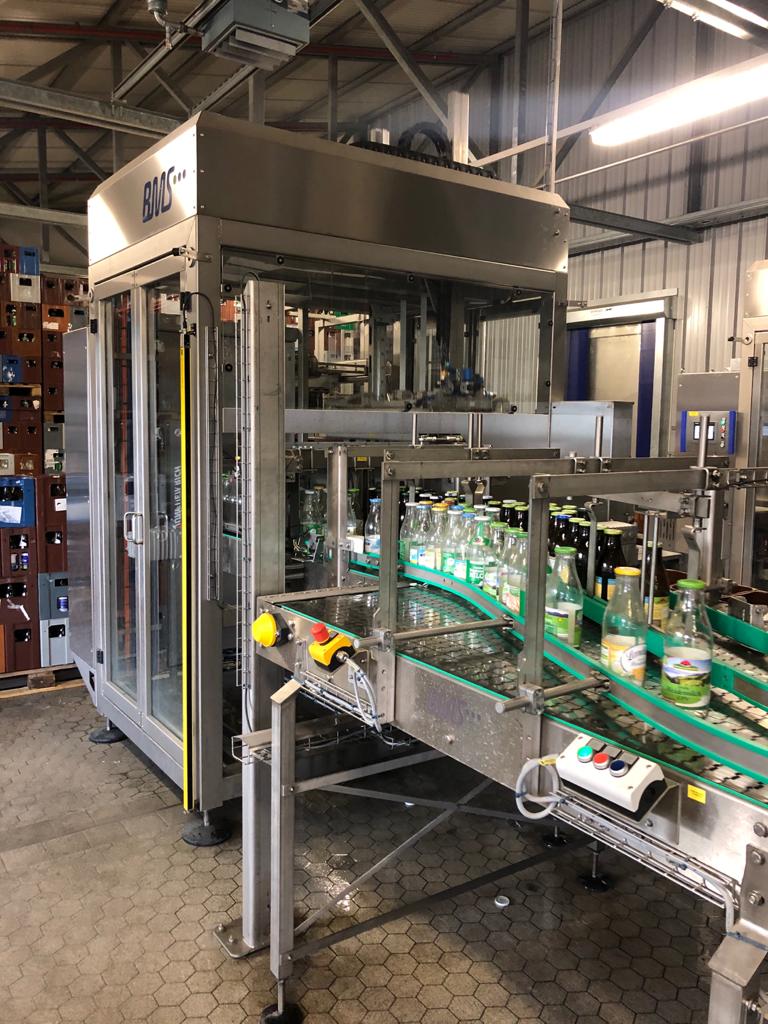 With the strong growth of returnable glass products, the sorting of empties within the filling line increasingly became a bottleneck. An outsourced machine sorting system was to provide the solution.

The public’s awareness of the need for greater environmental protection is demonstrated, among other things, by the trend towards products in reusable-glass packaging. The cooperatively organised Milchwerke Berchtesgadener Land Chiemgau eG, better known under the core brand “Berchtesgadener Land“, is seen as a frontrunner in this segment. Having planned an independent sorting line at an early stage, the steadily growing sales volume thwarted the company's plans.


So what had happened? Due to the demand for unmixed empties, the already implemented solution was rendered obsolete after a very sh¬ort time. Under the prevailing conditions, the declared goal of doubling the filling capacity could not be accomplished with the required efficiency. This led to the drawing up of new plans and the addition of a combined palletising and depalletising system with an inspection station.

A future-proof solution was to be developed that would meet the customer’s needs. In the following blocks you will find details of the processes and the system specifications as well as information on the challenges encountered.


A tradition that dates back to 1927: Brief portrait of the Berchtesgadener Land Dairy 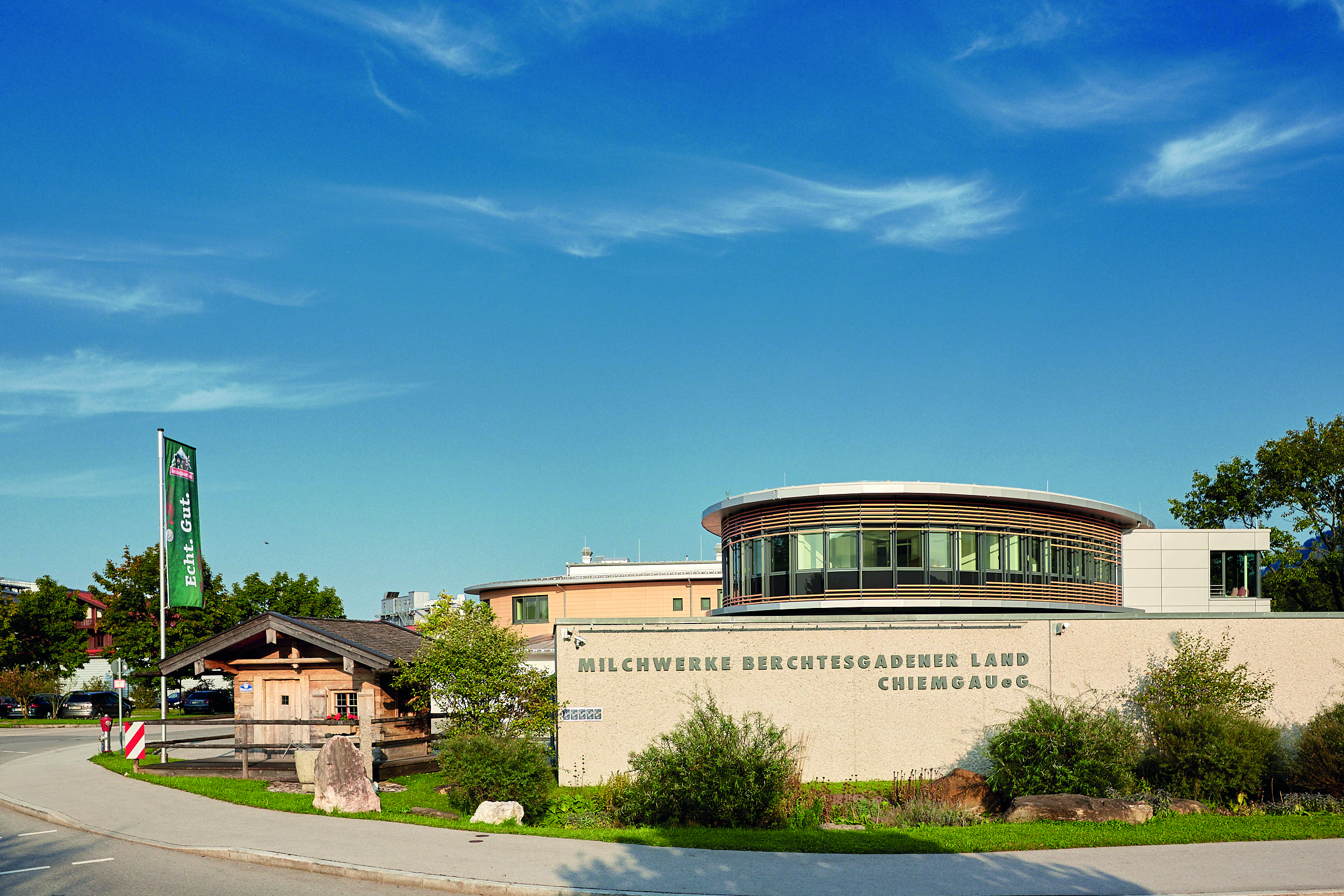 A combination of appropriate animal husbandry, nature conservation and close cooperation with the local farming business – this best sums up the company philosophy of Milchwerke Berchtesgadener Land Chiemgau eG. The cooperative, which was founded in 1927 and currently represents around 1,800 participating farmers, is generally regarded as the first organic dairy in the Free State of Bavaria. We would like to take this opportunity to briefly outline some key facts and figures of this rather special conglomerate.


Just a quick glance at these figures illustrates the completely different approach that is pursued here. The Molkerei Berchtesgadener Land focuses primarily on farms under close-to-nature management, something that becomes clearly evident in a comparison of the annual milk production of a high-yield cow (12,000 litres of milk). At the same time, the Molkerei Berchtesgadener Land pays the participating farmers by far the highest milk prices (conventional, organic).

Change in demand quickly pushed capacity planning to its limits

Consumers are becoming more and more sensitive in their approach to food, and this is particularly true when it comes to animal products. Moreover, the ongoing climate debate is driving demand for environmentally sustainable materials. At the Molkerei Berchtesgadener Land this had a particular impact on the sales of returnable-glass items. A clear indication of this development is the fact that sales almost doubled within a few years.

What happened then? After the partial discontinuation of the 0.5-litre cream glass bottle in September 2019 – this was necessary in order to meet the demand for milk in returnable-glass bottles – there also began the switch from conventional cream to organic cream (also in glass bottles). As a result, the capacity of the milk bottling line soon reached its limits. At the same time, the mixing level of empties increased, this having obvious implications for the company.

As the empties sorting was previously mostly done by hand - simply because mixing did not demand a higher throughput - this operating mode quickly led to a bottleneck. In order to prevent a shutdown of the plant it was decided that the sorting process was to be relocated. And this is exactly where BMS Maschinenfabrik comes in. 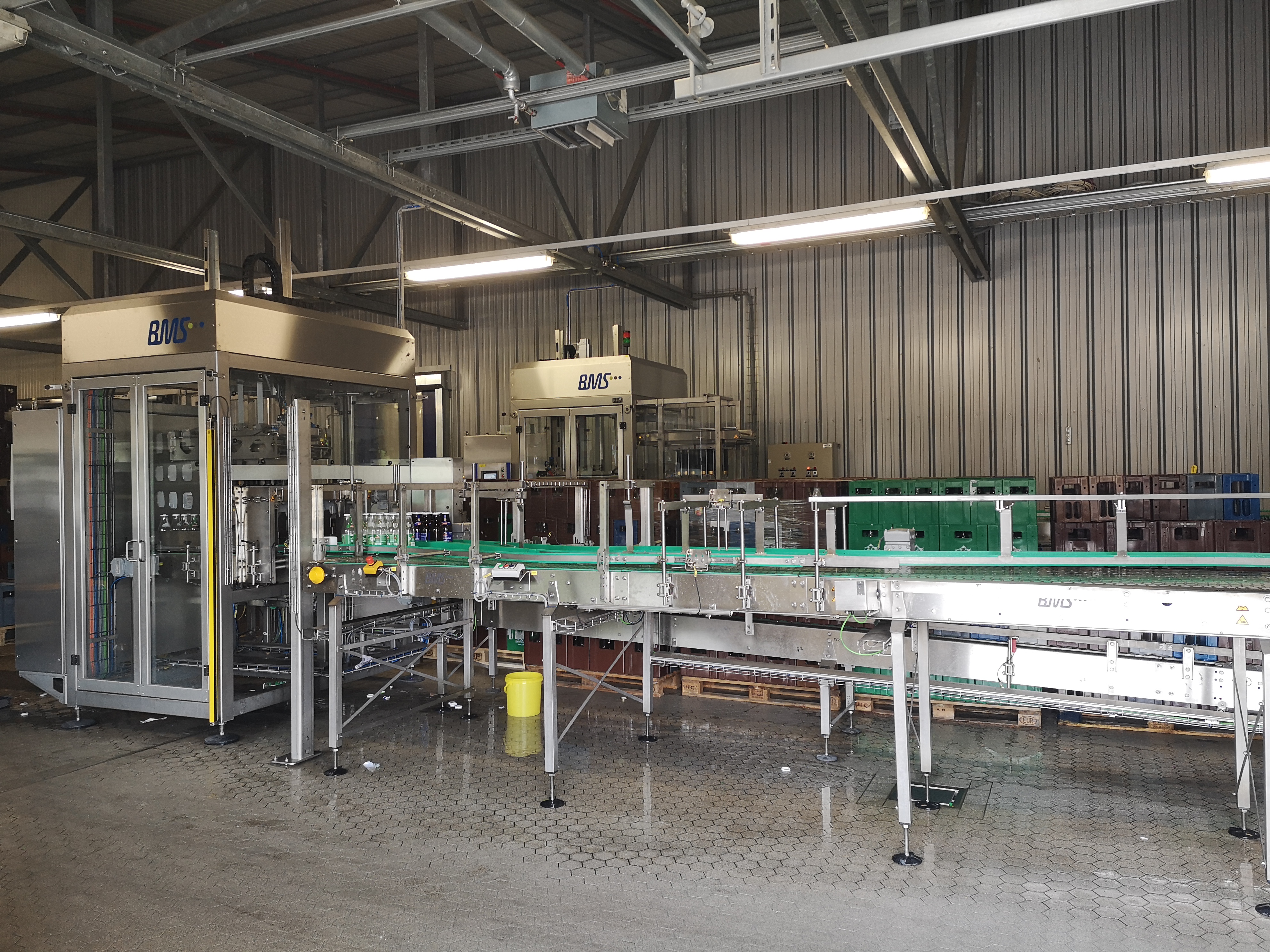 At the heart of the implemented solution are two sorter packers in portal design.

The workflow efficiency achieved thanks to sorted empties is commented on in this statement by Paul Althammer (deputy production manager at Berchtesgadener Molkerei): “In the past we sorted everything in the filling plant itself. If there was suddenly a batch with faulty empties, five employees had to be organised within minutes to carry out the sorting and ensure that the plant did not come to a complete standstill.“

With the boom in glass returnables it was obvious that this improvised system would quickly reach its limits. Because the Molkerei Berchtesgadener Land and BMS Maschinenfabrik had already worked together earlier in connection with the replacement of a washer, the same layout was to be applied to the space available. The key data of this (sub-)project are as follows:


Filling capacity to double already after one month of operation

As the filling capacity continued to increase thanks to the pre-sorted empties, a completely new target had to be set. Besides a reduction in staff and time expenditure, a significant increase in capacity was also to be achieved. The need for partial manual work for the sorting of unmixed empties was simply not compatible with the whole concept, and this led to a supplementary order which BMS Maschinenfabrik was able to complete as follows:


Click here for the full report on the project in Berchtesgadener Land: download as PDF or read online as e-paper.